3 adjustable peg positions.  For a wide range of adjustment.

You can use 1 or 2 operating toe tips in a range of reach positions.

2 tips supplied in every kit.

Comes in Black or Silver.

For those of us with proper sized feet this is a must. Even those with fairy feet will appreciate the larger toe area making it less effort to apply the brake. Buy the matching gear lever, because both your feet are the same size

I bought both the Rear Brake and the Gear Leverss to replace the basic pressed steel parts that came with the bike. The TEC parts are a massive improvement over the stock parts and they really add to the look of the bike. If I had to make one suggestion, it would be to make the actuator of the Gear Lever a larger diameter. The actuator is the same size as the end of the Lever, so your foot tends to rest on the Lever 'arm', rather than the actuator. I solved this by adapting the 'spare' actuator from the Brake pedal so that it fitted the Gear Lever. It works a treat now. Just an idea in case TEC are looking to make an improvement. Other than that, very happy with the service that I recieved from TEC. Thanks guys

Another nicely designed, good quality Tec item. Delivered the next day.
The "how to" videos are brilliant too.

Super fast postage just as before.
Rear brake and gear levers spot on and dead easy to fit, much tidier than standard and look spot on, on the bike. Think I’m gonna be spending a lot of money on Tec stuff 😂 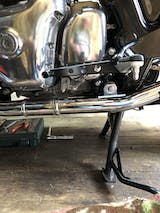 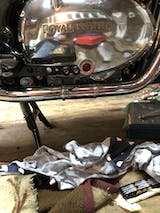